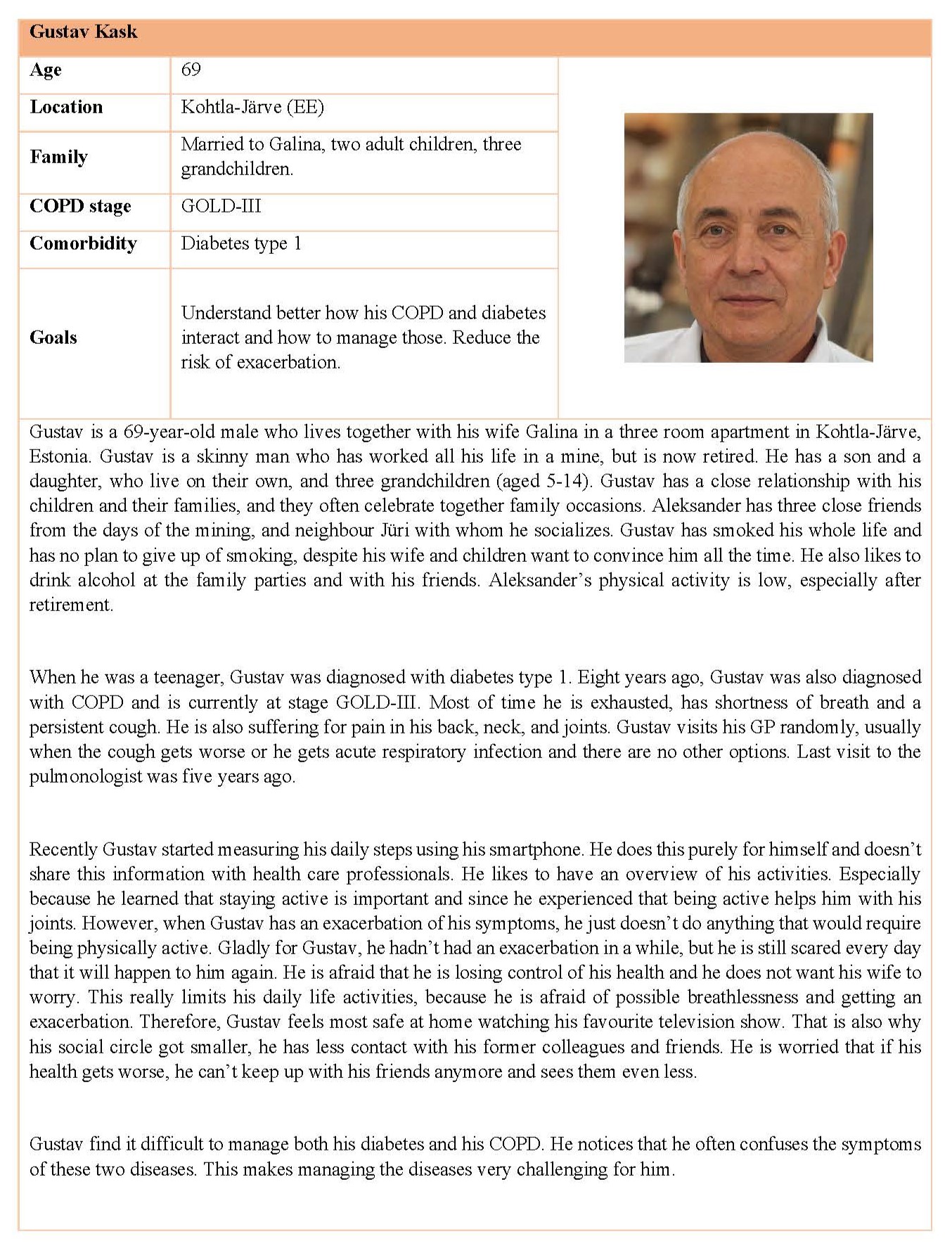 Gustav has been using the RE-SAMPLE companion for a while and has connected his activity tracker to the system. He notices that after worsening of the symptoms, his diabetes type 1 is also not well under control anymore, but is not sure what the cause is. His pulmonologist Aksel suggests that he also includes his blood glucose measures and medication into the companion, so that they can see whether the COPD medication is affecting the blood glucose. Gustav adds the dates when he has taken prednisolone and also starts including his blood glucose measures.

A couple of weeks later, he meets his pulmonologist again, who asks Gustav, whether he can see also his physical activity data and glucose measures over the last weeks. That way, the pulmonologist can see over the same period of time on which days he took prednisolone, how active he was during those days and how the blood glucose level was. This would help Aksel to assess, whether this is something for the him to take up or if a referral to internal medicine would be more suitable. Gustav agrees and shares his data with his pulmonologist Aksel. A few weeks later, Aksel reviews the data and can see that there seems no relation between the medication and the glucose levels. He notices that there is a change in physical activity that might affected Gustav’s blood glucose level. If Gustav feels well, he is outside a lot more, but during an exacerbation he mostly sits at home. This might be the cause of his changed glucose levels and might necessitate adaptation of his diabetes medication. As some form of physical activity is also important during an exacerbation, Aksel discusses with Gustav ways to be active and suggest that Gustav discusses with his internal medicine physician whether and how to adapt the diabetes medication according to his physical activities.